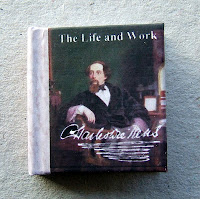 Terry & Anne from Dateman Books have been working hard over the last few weeks to finish the first two of their commemorative books for 2012.  The first book is The Life and Works of Charles Dickens which commemorates the 200th anniversary of his birth. 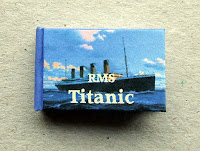 The second book is RMS Titanic, commemorating the tragic maiden voyage of the ship. Terry and Anne explain that they are particularly pleased with this book. For the first time, they have added a flyout allowing them to show the ship spread over two pages which allows the reader to open them up and see the inside of the ship.

Both these books can be purchased online at;
http://www.datemanbooks.com/home/index.htm
﻿
Posted by Artisans in Miniature at 22:08
Email ThisBlogThis!Share to TwitterShare to FacebookShare to Pinterest
Labels: AIM Members News 2012, Books and Paper Accessories